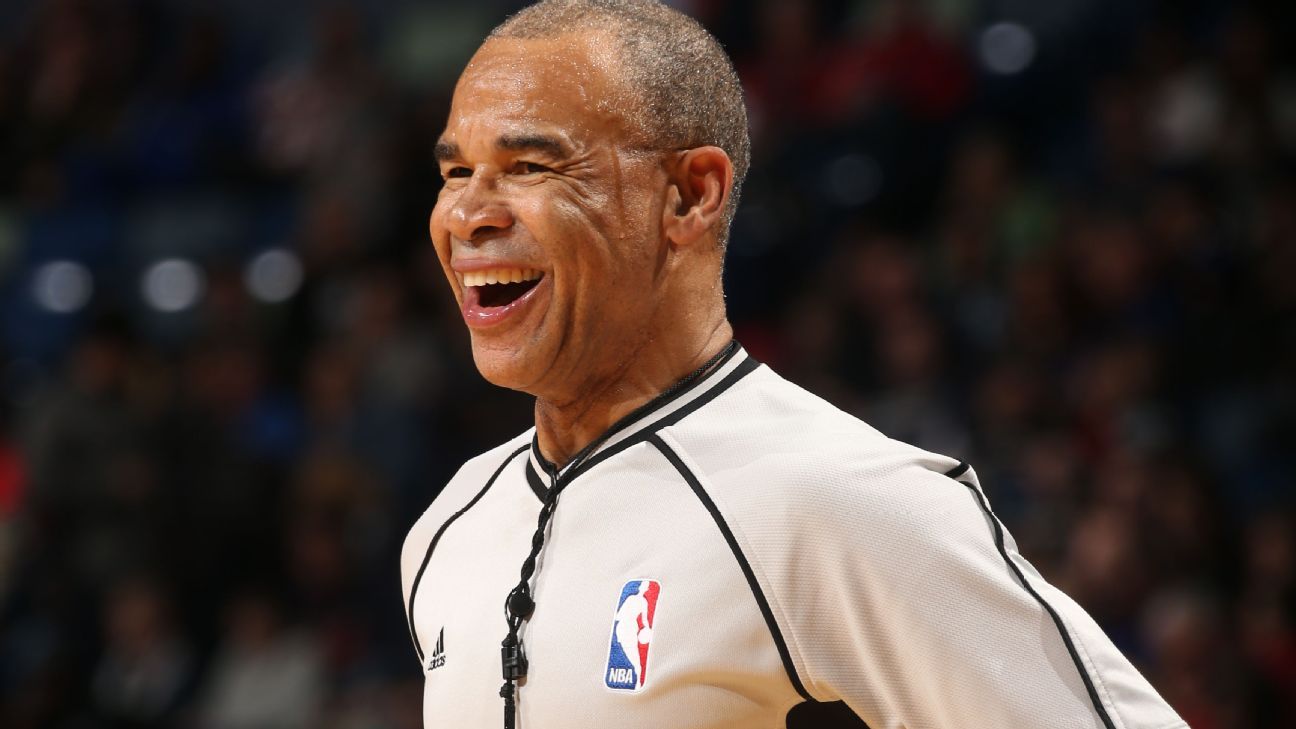 We met in Cremona, Italy (where his son Drew is playing an MVP level season in the Italian League) the former NBA referee Dan Crawford, considered one of the best all time in the League.
In a long interview he talked about his career, his way to see and love the Game, his rapport with colleagues, players and coaches and some rules issues. Always with a smile as he used to have when he officiated a game on the court.

The first question is very simple: how is going on your retirement after a life with so many trips and few free time? 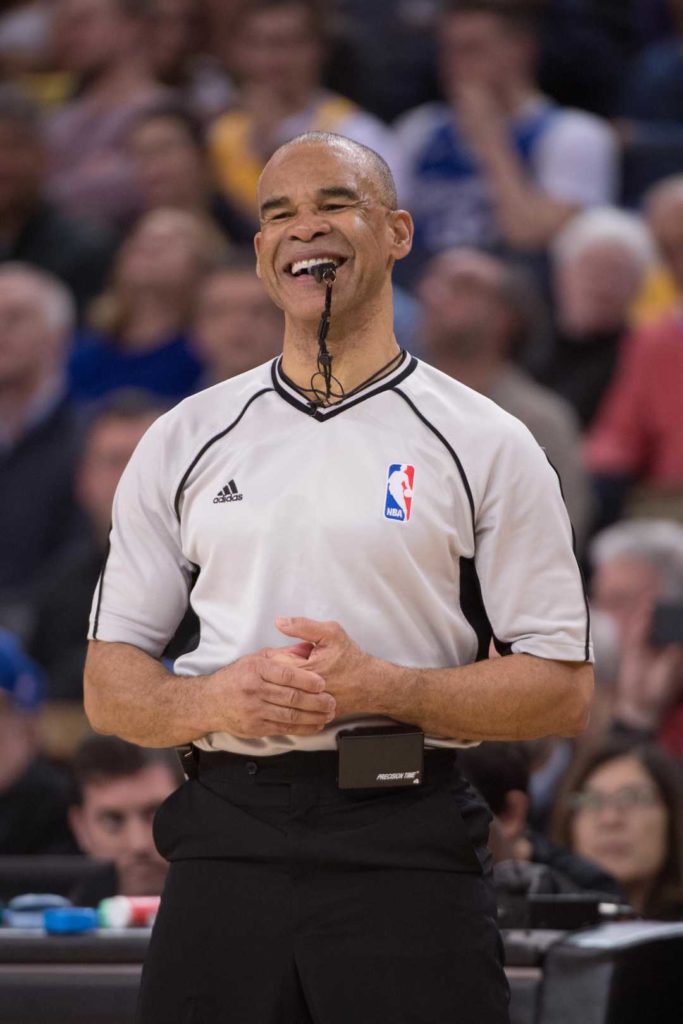 “It’s beautiful. My job was constantly being on the road, all the time. Referees visit every city, hotel, airplane. Now it’s none of that, it’s just home-home-home. I can watch a game of basketball like a normal fan and not because it’s my job, it’s really relaxing and after 32 years I think it was time to retire”.

So don’t you miss it?

You’re considered one of the best referee in the history of the NBA not only for your knowledge about Basketball but because of your control of the Game and the outstanding rapport with players and coaches. Do you think is it the right way to have a relationship with them?

“It’s very important to have a relationship with the coaches and with the players and when I say relationship we’re not talking about being best friends, we’re talking about a working relationship. They have a job to do, I have a job to do, I understand their job, they must understand my job. And the key is respect, I respect what they do and they respect what I do. We never have to agree all the time, but the key is the respect for each other, I gave the players and the coaches respect during all of my career and then they gave it back to me. So that made a much easier working relationship. And most important, my goal at the end of the game is leave and nobody remembers about me”.

Do you know that in Italy the referees are chosen a lot of days before the game and that it is impossible for a referee to officiate a game which involved a team from his own city?

“It’s just sport culture and it’s about perception. I believe it’s wrong what happens in the FIBA area because a referee goes out and he has a split of a second to make a decision, maybe two tens of a second, it’s impossible to go out and be conditioned but the fans around the world are afraid of that, fortunately not in the NBA. Because every game is videotaped, there’s a lot of documentation of your work. It would be crazy to think a way to manipulate a game”.

And speaking about this, what do you think about Tim Donaghy?

“He embaressed our profession, he was a terrible referee. None has never done the same, I was so disappointed because it cause the perception that a referee could cheat. So untrue but he did, he hurt our profession, fortunately we recover from that but he was a disgrace for our profession”.

Once you said that Shaq was the most difficult player to officiate. Now they are Westbrook and Harden. How difficult is to be a referee in a League with so many athletic, quick and dominant players?

“It’s a constant working progress, they’re so good, so fast, so crafty. If you make a mistake you have to go back, look at videotapes and next time don’t make the same mistake again. We never stop, the moment you think you got it maybe it’s time to retire. It’s difficult because they’re the world’s greatest athletes and the world’s craftiest athletes, James Harden is the craftiest man you’ve ever seen and every day he tries to be even craftier”.

Does it bring, even unconsciously, to make a superstar call?

“Everybody thinks about this but that’s not true. Superstars have the ball all the time and we miss calls so it’s more probable we make a mistake which involved those players”.

Talking about Harden and his “double step back”, do you know that a lot of people around the world think in the NBA should be called more travel violations?

“I agree. And I think the NBA made a mistake and it’s about the definition of travelling. So what James Harden is actually doing is legal based on the NBA rule and it’s not good because when you pick up the ball and take a step, in the NBA doesn’t count, it’s the zero step, like in the FIBA area right now, but in my opinion it should be one. And that’s why everbody looks at that and says “Wait a minute, he takes one, two, three and maybe sometimes four steps”. This cause even more confusion”.

So is it a travel the Harden’s double step back?

“Danny Crawford, not the referee, thinks that it’s a travel”.

Could you tell us something about two colleagues of yours: Dick Bavetta and the other Crawford, Joey?

“Everybody wants to talk about Joey (smiling, editor’s note). First of all, Joey Crawford managed the game because it was his game and it had to be done at Joey’s way. So Joey was very strict, he was an authority but in my opinion too much, I didn’t like it but it was his style. Joey wishes he wasn’t as an authority now.
Dick Bavetta is total opposite, the funniest guy on the court, he just wanted to have fun, he loved the players so much that he kissed them on the cheeks, he had always a smile on his face”.

How was to officiate a game with Rasheed Wallace?

“Put this word in uppercase: IMPOSSIBLE. He defied authority, if traffic cops stop him driving 200 mph he would say he wasn’t speed. So just impossible”.

How change your job with the Instant Replay and with Replay Center in Seacaucus and do you think is it right for some situations to use it just the last two minutes plus overtime of the game?

“Technology is bringing people to thinking of perfection. So because of technology the fans see something that think is wrong and say “Go and look it on video”, everytime. We can’t do it everytime. I believe the first two minutes are as important as the last two, but you can’t utilize all the time. Anyway, the Instant Replay helps us to make a better job”.

How can influence you at the Instant Replay seeing a mistake you can’t correct, for example if you’re watching an inbound play and in the same situation see a foul you didn’t call?

“Maybe it’s the toughest part of my job. In the NBA they have discussed to use it to change a decision like a foul but it was impossible to choose when exactly going back and don’t counting anything that happens after the mistake. You have to accept human error. Human error is a must, you can’t get away from it because we’re not robot. The players make mistakes, the coaches make mistakes and so a referee”. 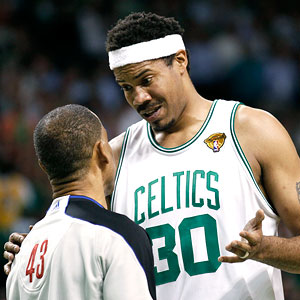 What do you think about the “Last two minutes report”?

“Useless and it doesn’t help anybody. The NBA does it for transparency, they want that anybody know what happens in the most important time of the game but it doesn’t matter, it can’t change the game. It just makes the referee worse than what they actually are and also the players don’t like it”.

LeBron just passed MJ in the All-Time scoring list and he should pass Kobe next year. Now I’m going to tell you four games that you officiate with them and you will tell me how you felt inside to be a part of those games, ok?

32 seasons, 23 consecutive Finals, more than 2000 Regular Season games, more than 300 Playoffs games, 35 Finals games: what’s your legacy to the Game and what the Game gave back to you?

“My legacy is that I did my job. My job was to manage the Game in a way that the fans can enjoy, that the players and the coaches can perform. They’re in a leading role, so my legacy to me is that I did it the right way and I walked away at the right time.
The Game gave back to me the pleasure to be on the court with the world’s greatest athletes, simply amazing watching those guys perform at the highest level. And I didn’t pay to be out there on the floor, I didn’t have to buy a ticket (smiling, editor’s note). It was a fantastic journey”.

We thank you so much Dan Crawford for the joy he had talking about his career, his disponibility and the time he allowed to us.